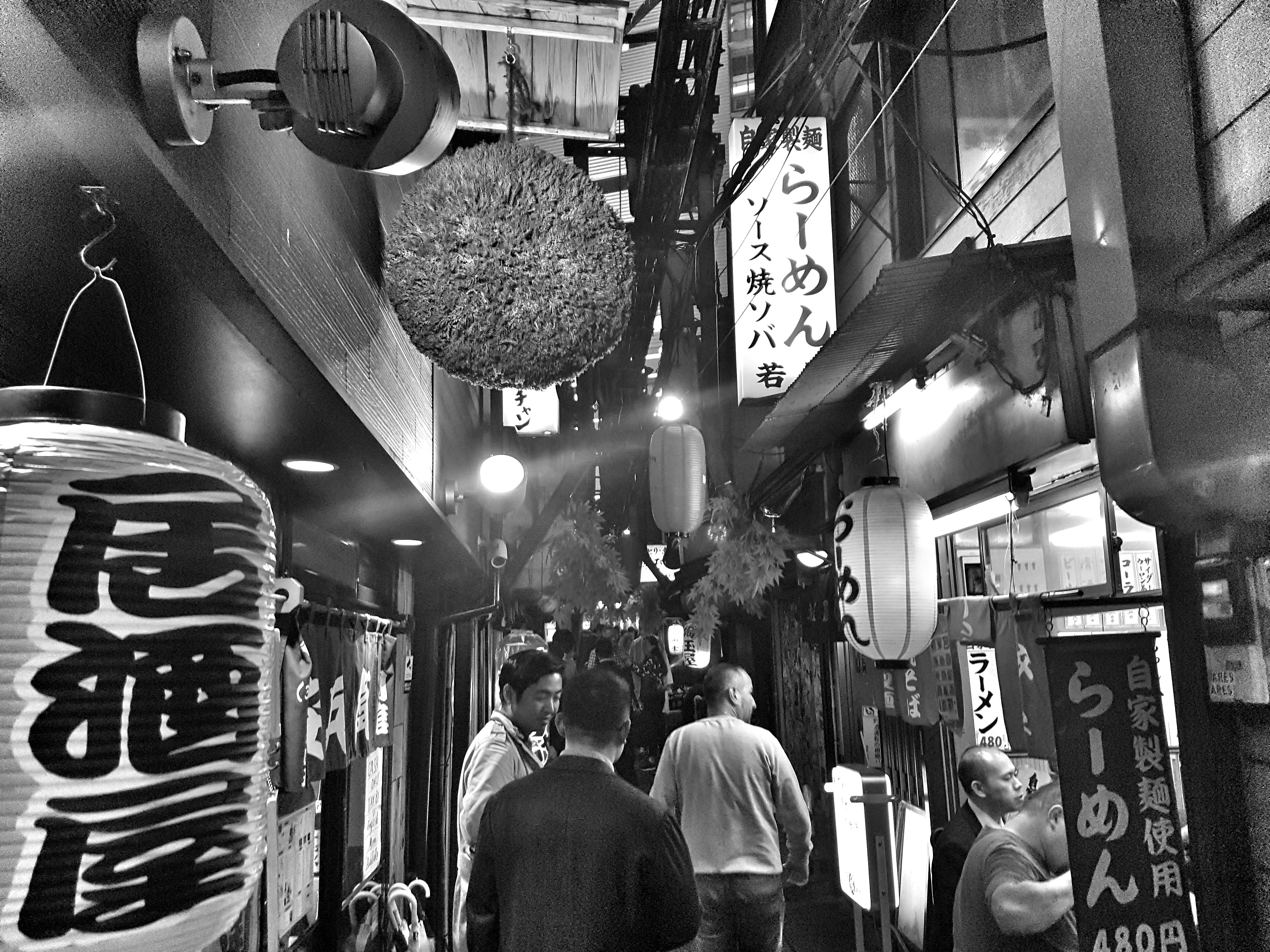 I went to Japan with the expectation of finding a culture perfectly balanced between the immovable certainty of the past and the unforgiving, unstoppable forward pull of the future. These are, after all, the two forces that I find myself subject to every day of my life: a hard, consolidated core of ground beliefs and values (like family, loyalty, tradition), and a constant attraction towards the bleeding edge, the unknown, the new.

I won’t hide, however, that there are other reasons for which this unique country exercises a heavy charisma over me, reasons that I think can be easily shared by many other people of my generation.

For one, childhood. I grew up with a substantial percentage of my entertainment, and by extension the center of mass around which my happiness gravitated (read: the games that I played as a kid), coming from Japan.
Cartoons, comic books, games, video games: Japanese, or Japanese representations of the western world. It’s not a mystery that in times of uncertainty, or difficulty, we turn to the past to seek happiness, and I think that even for someone with a healthy and (semi) successful life there are factors for which this mechanism could become relevant. The constant competition of your peers, the premium mediocrity of our millenial lives, the melting economic glacier: all potential reasons for which one could want to look back, rather than ahead. This does not mean that I consciously weighted this aspect when planning my trip, but it could explain a bias when I spun the globe and pointed to the destination for a self-searching, once-in-a-lifetime solo travel after graduation. 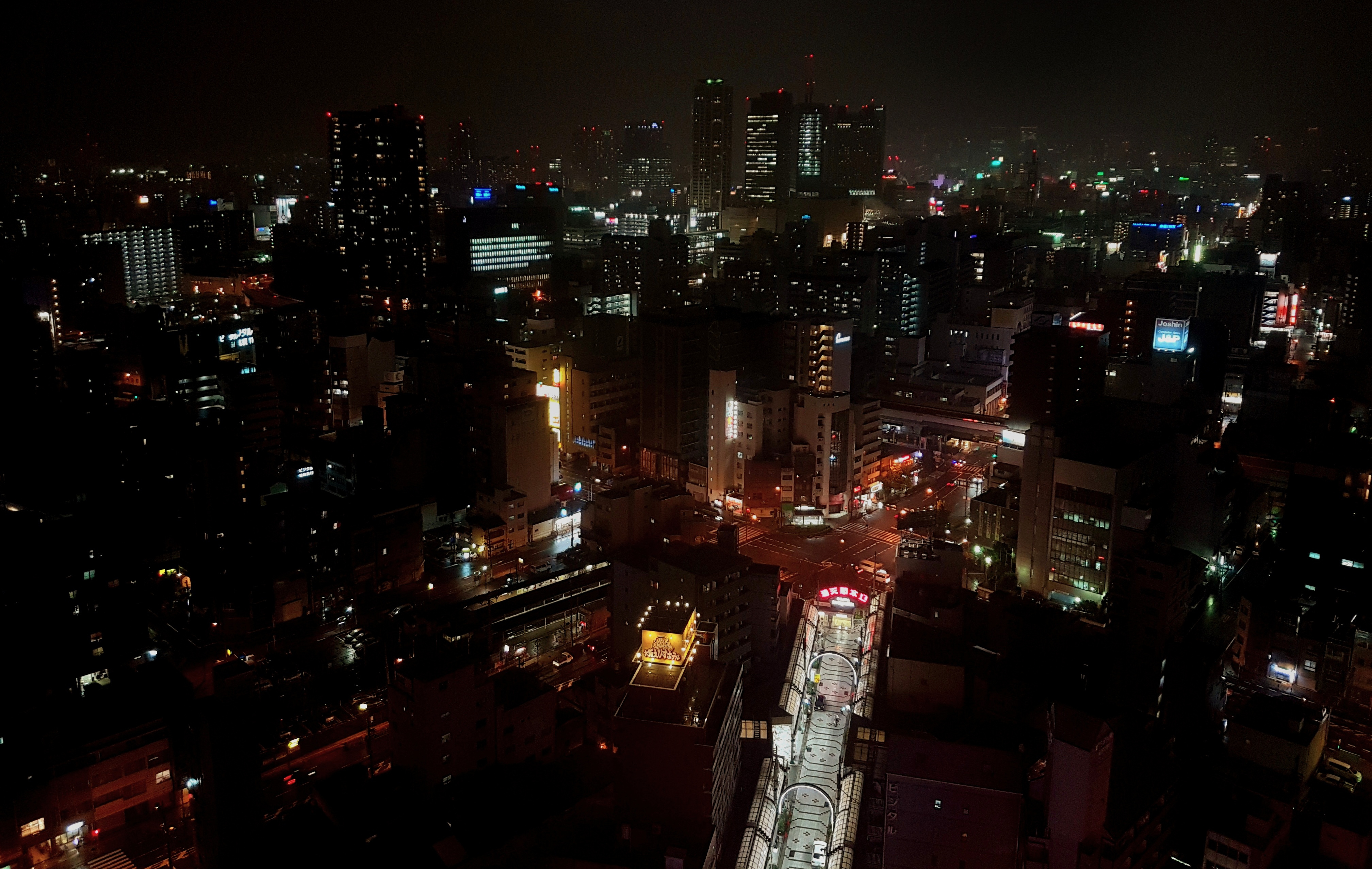 And another important component of this bias is, unsurprisingly, the Internet. I don’t mean the internet of social media, forums, “AI” journalism, and porn. I mean the Internet as an entity, with a capital “I”. The omnipotent and omniscient God of the Internet Kvlt, the powerful, unaccessible aesthetical phenomenon at the center of Vaporwave, the enabling technology of cyberpunk, the tyrant freedom and freeing tyranny of our lives. It’s that thing that you can’t explain to your parents when they ask you why memes are a thing.
The blast of the Internet was heavily fueled by Japanese culture and aesthetics, and we, as a collective, elected Japan as the physical embodiment of our intangible universe of information.
There are interesting and complex aspects to this, because while Japan was being brought forth as the de facto land of the Internet, Japanese millenials were diving deeper and deeper into the Internet culture, tumbling in a downward (or upward) spiral until the country became the conceptual caricature of itself, an entity that doesn’t need to stress its characteristics in order to make them evident, because it already managed to erase the barrier between reality and its representation. If you think about it, this is the same exact phenomenon that characterizes the Internet (again, capital “I”), where information transcends the real world and becomes meta-information. And I find in this meta-information, in the post-post-post-ironic memes, in monospaced fonts, classic statues over pink backgrounds, 80’s aesthetics, 8-bit music, and glitch art the most fascinating cultural movement of our time.

Given these (at least two) sources of bias in my choice, I booked a flight and headed to Japan.
As expected, it was exactly what I thought it would be. But it was even more.

When walking alone in the forests, the firework-like cities, or the wooden temples from which you could see all the way down to your Self, I was humming the mono themes from Pokemon Gold because that’s where my mind would go more often than not. I found myself spending six hours in Akihabara mesmerized by the otaku culture even if I don’t even watch anime anymore (if I ever did at all). I almost cried at the neon covered buildings because there I realized that cyberpunk aesthetic is real, and that I was there to witness it. The barrier between reality and its representation in my mind shattered, as if by being there I became part of the meta-universe myself.
A big part of what enabled this to happen is the almost constant solitude in which I lived for 15 days, with a linguistic barrier there to isolate me even from the passive communication around me and facilitating the deconstruction of reality which was going on in my mind. 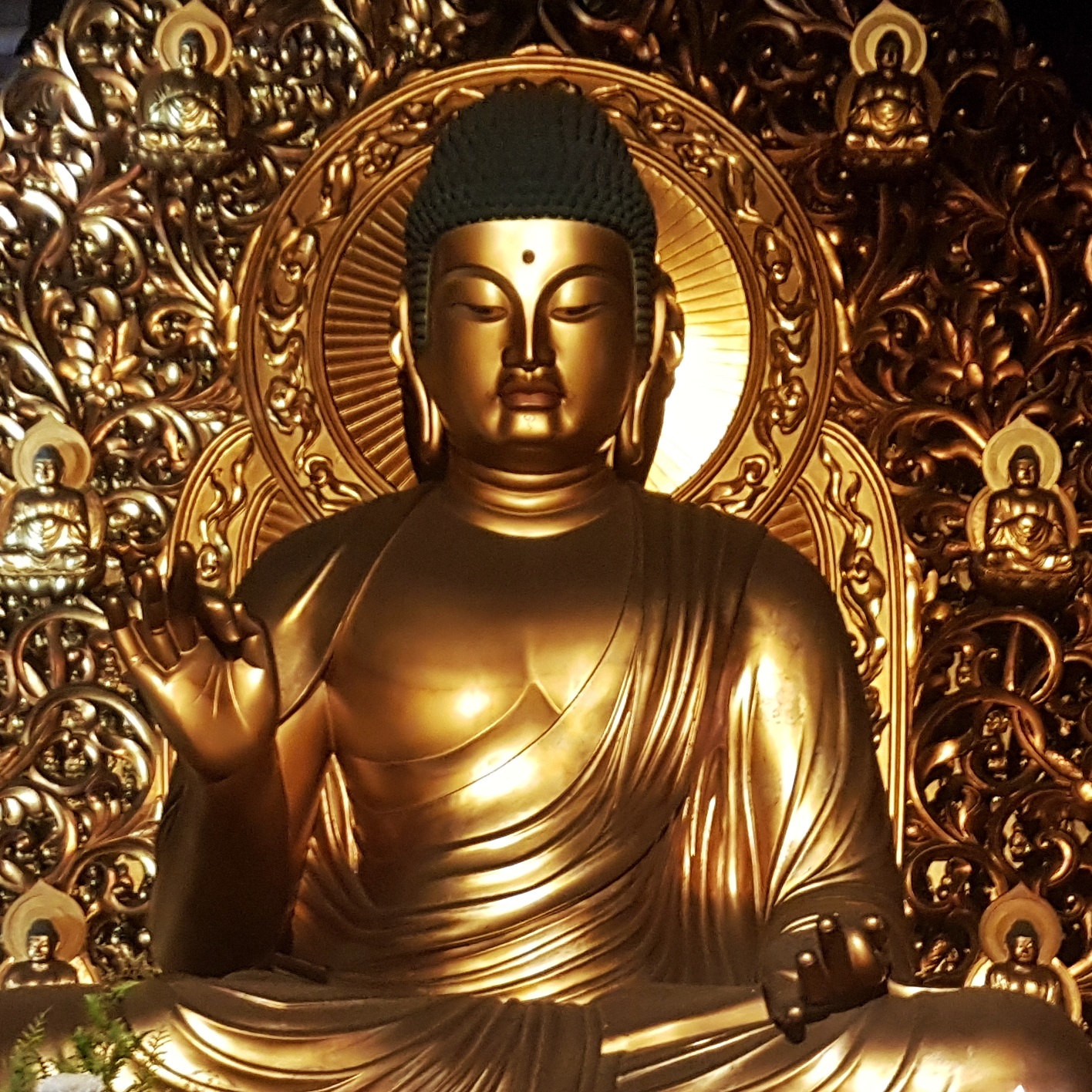 Then there was the introspection, because you can’t help but think about your existence when you find yourself staring at a ten meter golden Buddha who, in turn, stares back at you with a mystical power so strong that the statue itself seems to be alive. And in those moments, armed with a few simple spiritual axioms that I picked up over the years, I could make sense of religion as a whole, not by embracing it, but by tearing it apart and understanding the mechanism underneath, with the same level of comprehension that you would get by opening up a clock and seeing the cogs, rather than simply using it to read the time (or, for me, seeing other people using it, as luckily I never felt the need of an outside force to explain my unknowns).
By looking past the religious wall, I could then easily navigate philosophy (again, armed of a few authors that I have in my cultural baggage) and try to make sense of existence, or what derives thereof, because only in those specific situations the Search could yield results.
This last level is what, for me, completed the unification, what finally removed the Veil of Maya and made me experience the metaphysical through the senses, and in turn explained the aristotelian Act by deconstructing the Potency, by stepping into Plato’s cave and forcing the true concepts to come out to the world.

Eventually, what this trip meant for me was a step forward to a view of existence in which all barriers between the real and the conceptualized are pointless, where either can be used to convey meaning to one’s life and where substance (i.e. the true essence of things) can be found in either.

Besides overthinking, however, getting to know a different culture was amazing, the food was mind-blowing, I met amazing people, and learning Japanese is being lots of fun. I feel like I’m now ready to start a new adventure, like this trip was the perfect full stop to my first chapter and the start of a new one, in which I will test myself in the international arena of research and maybe, hopefully, leave a trace in the advances of humanity.

I warmly suggest you to check out Inside Kyoto to get around Japan, it made the whole trip a lot more enjoyable for me. 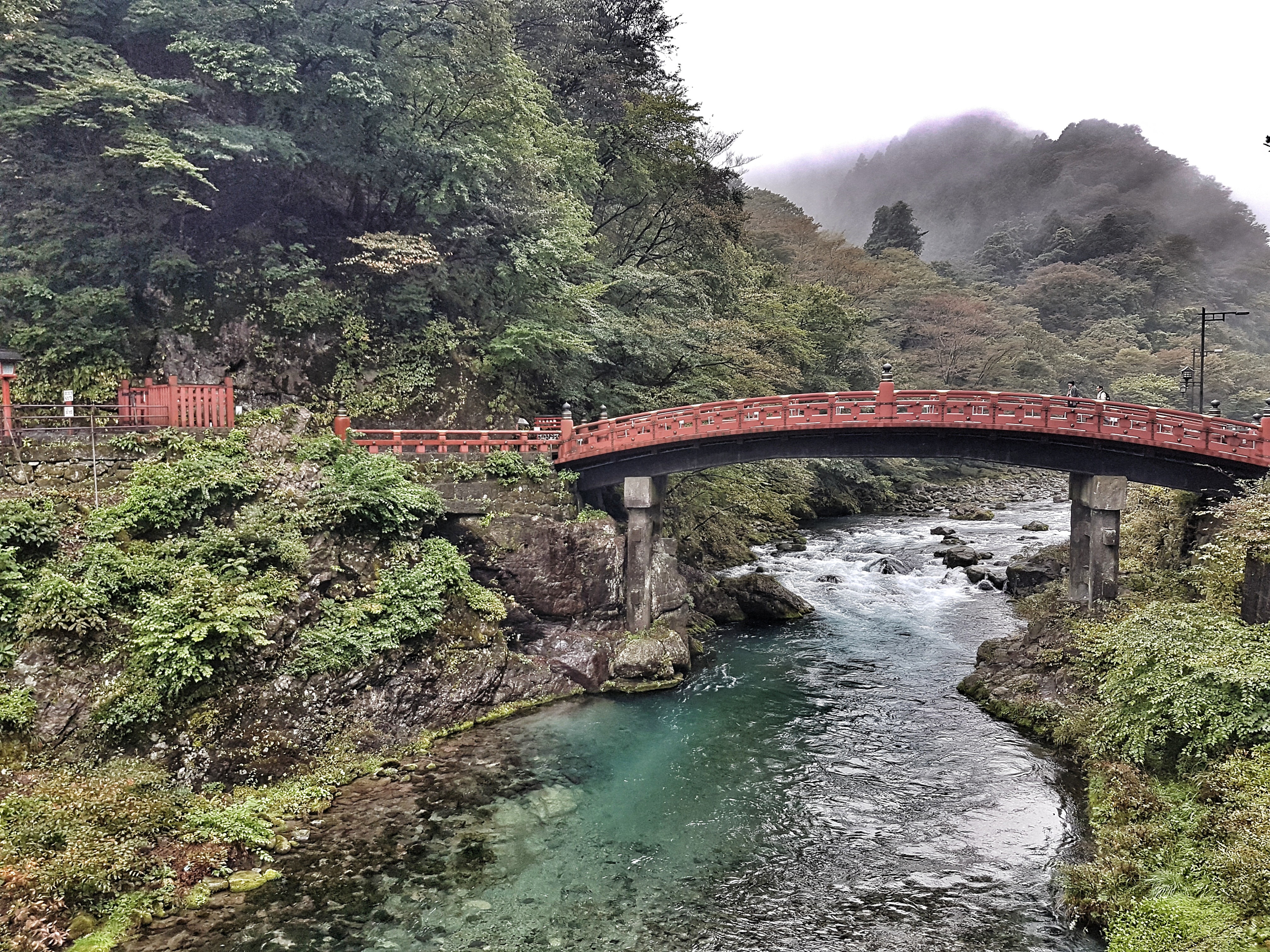